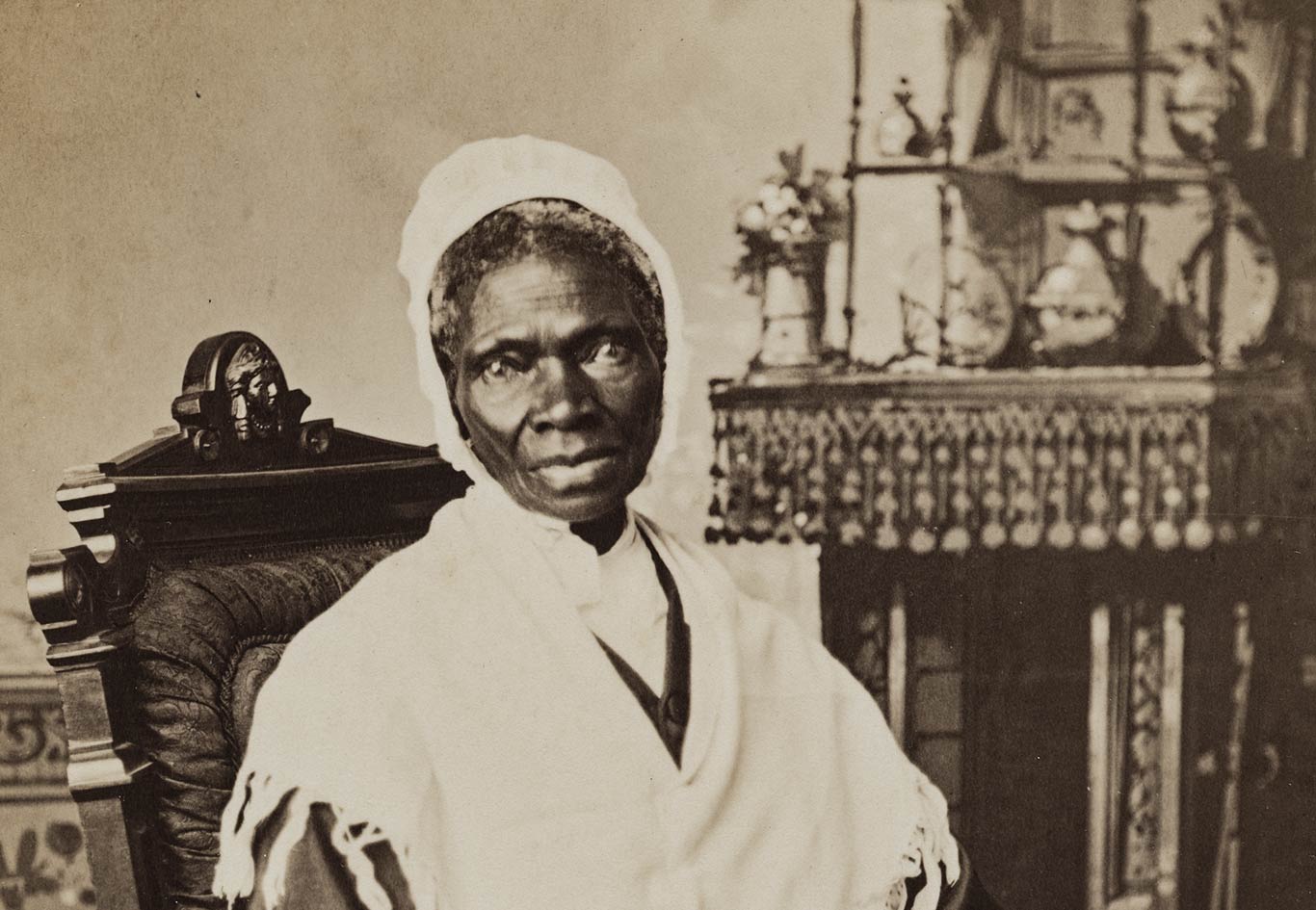 History in Ulster County runs as deep as the Catskill Mountains are beautiful, with legacy as rich and diverse as the Hudson Valley fall foliage is vibrant. From famed abolitionists and legendary guitar heroes to prominent laureates, sports figures and politicians, Ulster County has been shaped by the tremendous work and endeavors of African Americans.

No doubt one of the most influential names is abolitionist trailblazer Sojourner Truth. Born into slavery around 1797 and raised in Ulster County, the words and message of this social justice warrior hold their power still today. It’s ambition and truth like hers that has paved the way for future African American activists and politicians, such as Saugerties-born Kirkland Leroy Irvis, the first African American to serve as a speaker of the house in any state legislature in the United States since Reconstruction.

A few miles north, Kingston is home to the story of prominent ball-playing barber Henry C. Rosecranse Jr. He gained freedom in 1827, later opening his own barbershop that laid the track for the many Black-owned businesses open across the area today. In 1881, The Kingston Daily Freeman published a story featuring Rosecranse, in which he spoke about his love for the game of baseball; that interview led to his becoming one of the first documented African Americans to ever play the sport.

Speaking of sports legends, Floyd Patterson, a twice-reigned heavyweight champion of the world in the ‘50s and ‘60s, was a longtime New Paltz resident, as was famed veteran broadcaster, Charles Davis. A notable football alum of the Tennessee Volunteers, Davis is now a mainstay at the NFL Network and NFL on CBS.

Traditional sports not your thing? One of the tap dance world’s brightest lights, Clayton "Peg Leg" Bates, overcame the loss of one of his legs in a cotton gin accident to go on to perform on Broadway, the Ed Sullivan Show (for a record 21 times) and on tour with Louis Armstrong. He also opened a namesake resort, the Peg Leg Bates County Club, in Kerhonkson that catered to African American guests. At the time of this writing, the resort is currently abandoned.

The art world also has strokes of Ulster County influence flowing throughout. Osi Audu, a Nigerian-born multimedia artist whose work has seen the inside of the Smithsonian Institute, now calls Ulster County home. Audu exhibits frequently at local museums, namely the Dorsky and the Woodstock Byrdcliffe Guild. On your next trip upstate, you could bump into Andrew Lyght, an award-winning contemporary visual artist living in Kington; and Ben Wigfall, the longtime SUNY art professor who was a pioneer in African American arts. Of course, the power of the pen shouldn’t be left out here. Ione, a noted playwright and the director of Njinga the Queen King, lived in Kingston, as did chef Edna Lewis, whose cookbooks and talent in the kitchen refined the art form that is Southern cooking.

Just as Lewis hit all the right notes with her recipes, so, too, did the many famed African American musicians who have hailed from this region. Beyond punk rockers Bad Brains, clarinet prodigy Don Byron, saxophone sensation Sonny Rollins, and influential jazz drummer Jack DeJohnette, Ulster County has seen the likes of bassist Gail Ann Dorsey, who’s performed with Lenny Kravitz; percussionist Joakim Lartey, who helped found the Woodstock band Futu Futu; and vocalist Kitt Potter, who’s a Kingston musical festival founder, pass through its hills.

We just threw a lot of names at you, we know – so many names you might be in a purple haze of sorts. But that’s just the right state of mind to be in when reading about rock star Jimi Hendrix. One of the biggest names to ever call Woodstock home, Hendrix was a guitar legend whose fierce imprint on rock and roll elevated the genre to peak levels. A Rock & Roll Hall of Famer, he is arguably the best instrumentalist to have ever plucked a Stratocaster. Not to mention his influence extends to modern stages occupied by contemporary rockers including Kravitz, H.E.R., and, before his passing, Prince.

All this is to say, Ulster County owes much of its cultural landscape to African Americans. So the next time you visit, be sure to seek out the many Black-owned businesses in the county and champion their causes. There’s Benny’s Tropical Ice and We Got the Juice to quench your thirst, and Urban Fork and Violet’s Bakery to fill your belly.

And that’s just the tip of the proverbial iceberg. The Hudson Valley is also hosting several events in honor of Black History Month that are worth your attention. And remember, as you explore and walk in the footsteps of these inimitable leaders, spread kindness, bring awareness, and do your part. 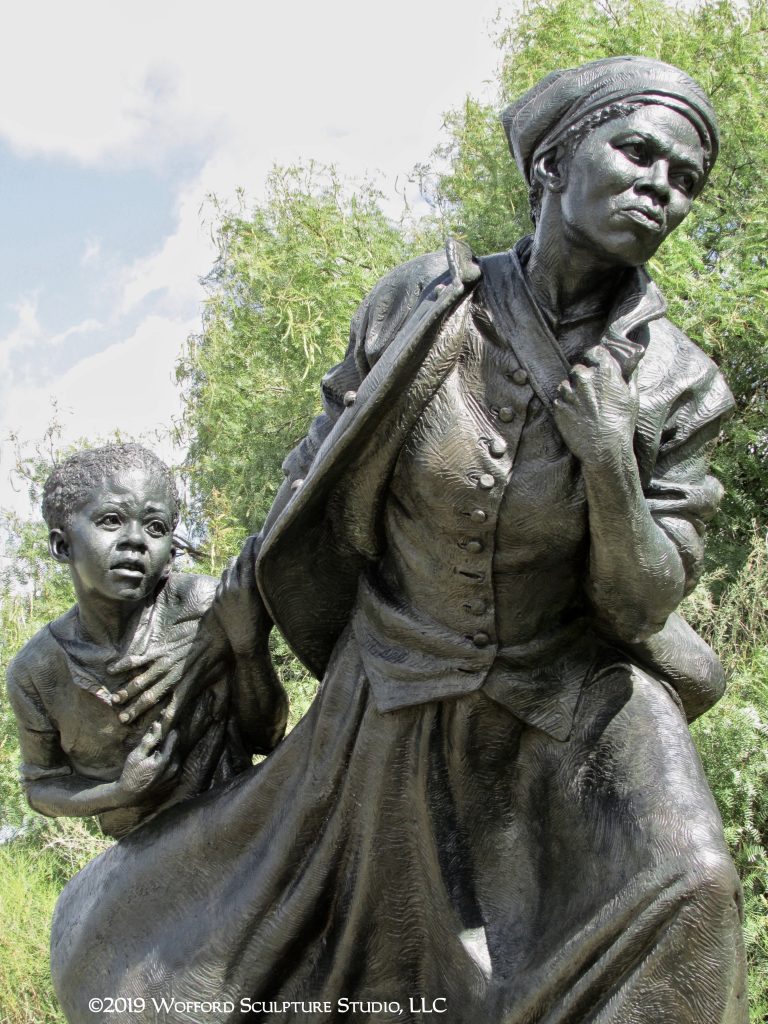 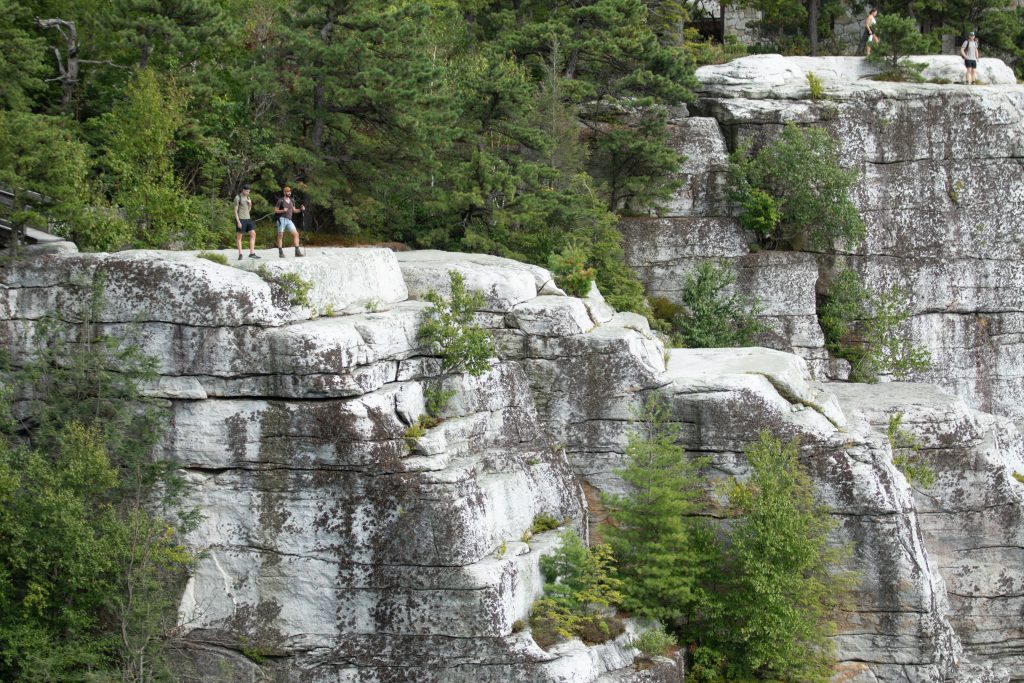 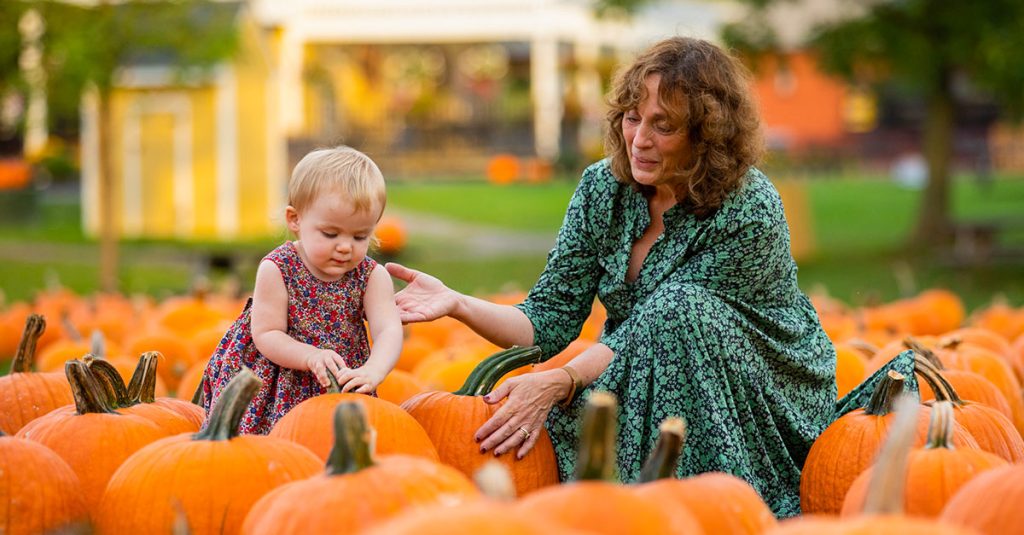 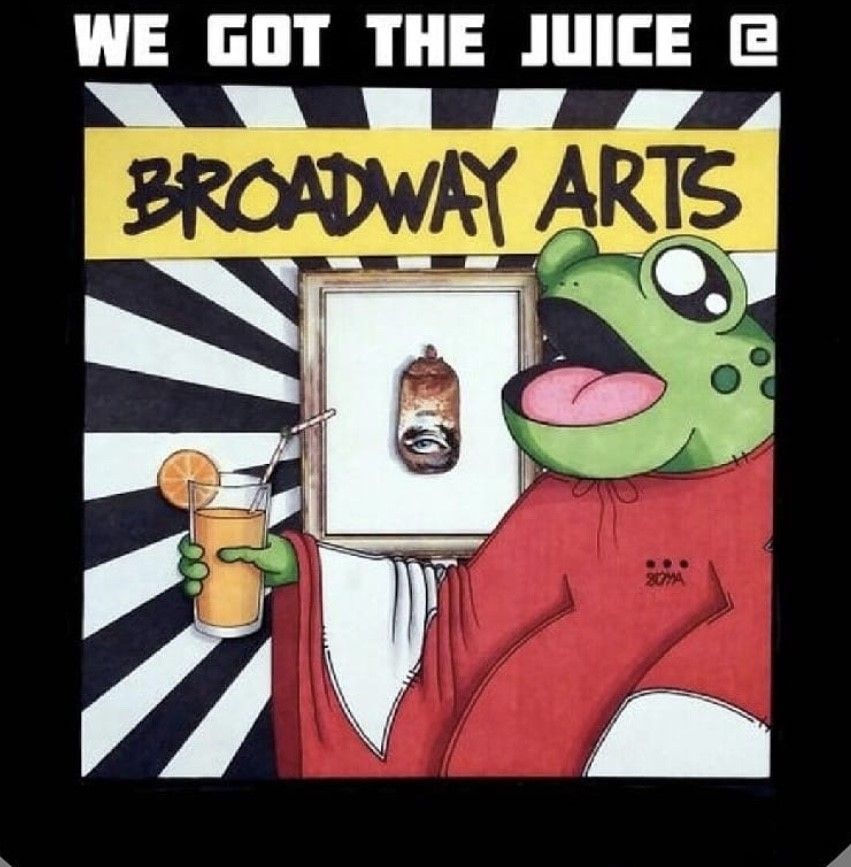 Restaurants
We Got The Juice at Broadway Arts 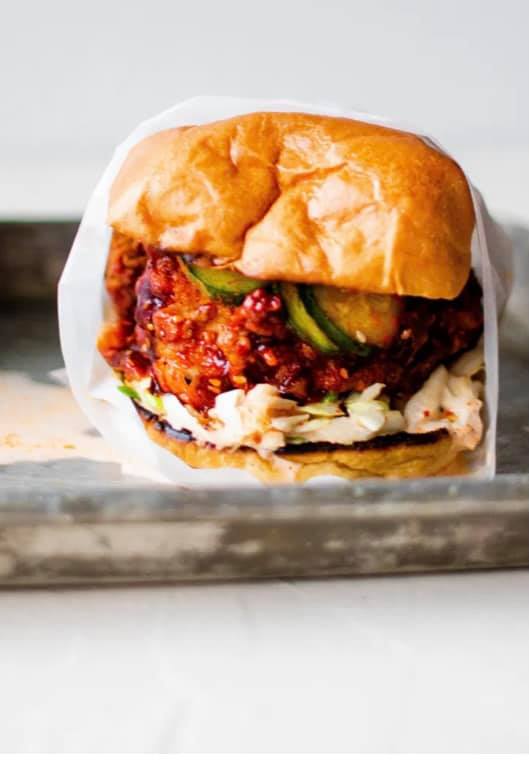 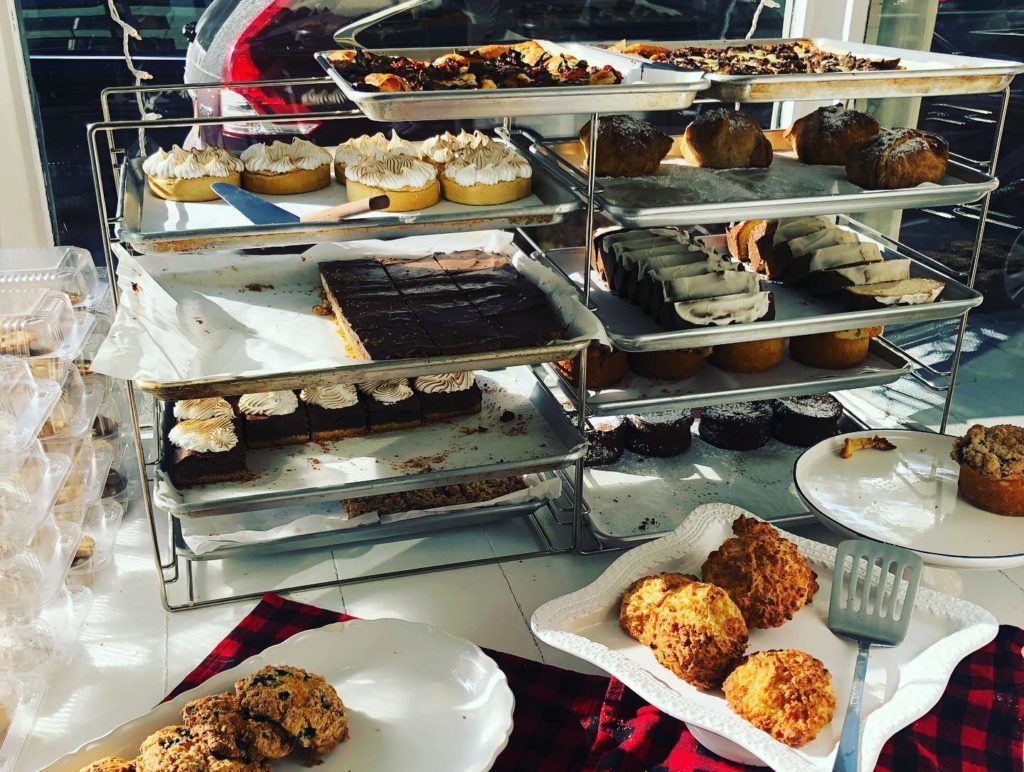