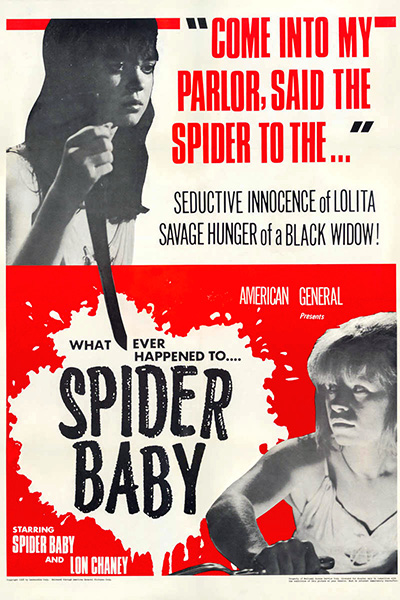 A MUST SEE FILM that you probably never heard of! Lon Chaney Jr. stars as the caretaker of three orphaned adult siblings who suffer from “Merrye Syndrome”; a disease that causes abnormal mental, social and physical regression. The horror kicks in when greedy relatives show up to steal the valuable estate and pack the siblings off to an insane asylum. A wonderfully crazy dark horror comedy executed perfectly by director Jack Hill, Spider Baby was a lost film until its rediscovery in the 1990s. It has since become a cult fave and also inspired a musical! Addams Family fans will love this! Admission: $10/$6.00 members and those in “Ghoul Face” or “Ghoul Costume.