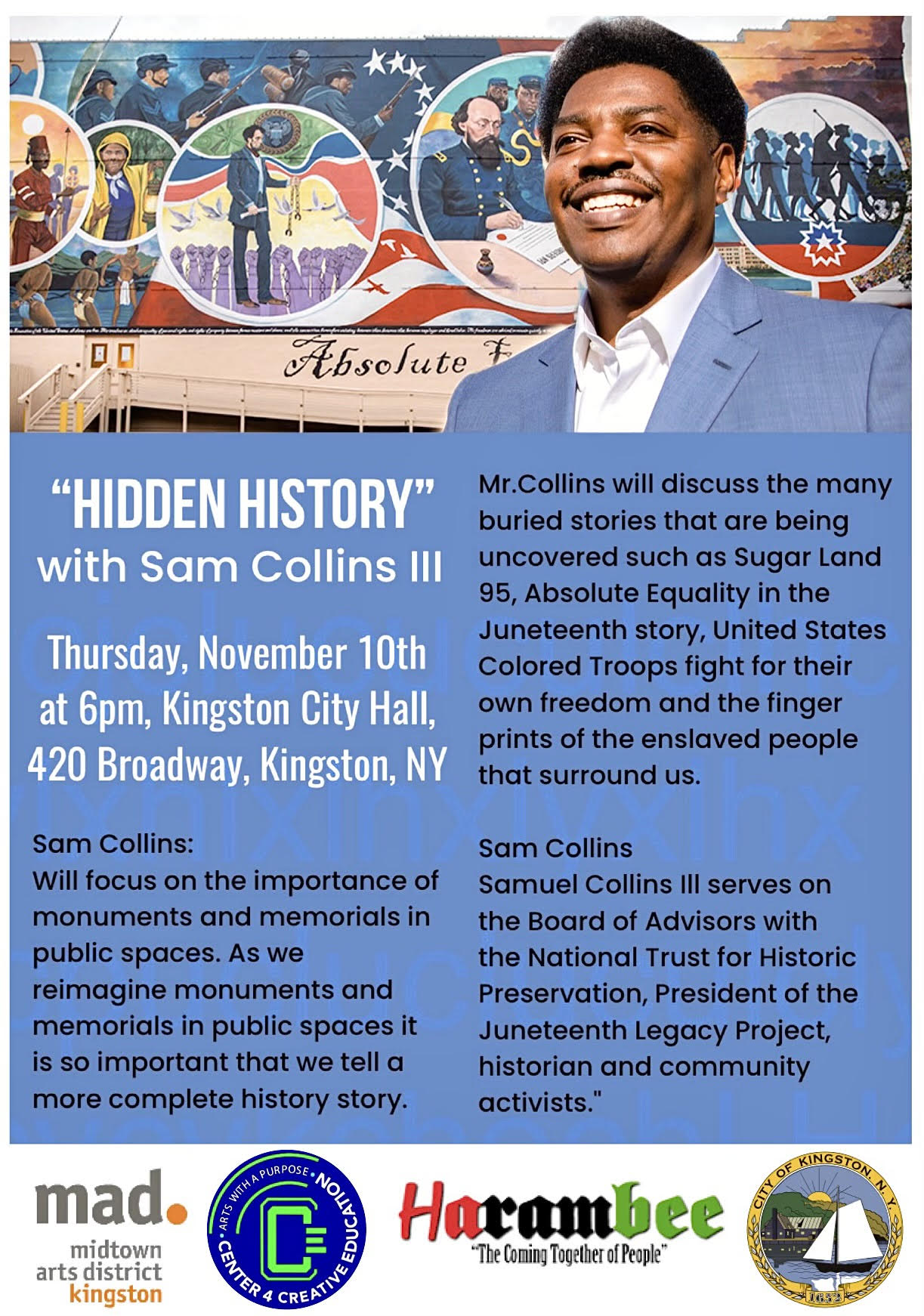 Hidden History will discuss the many buried stories that are being uncovered such as Sugar Land 95, Absolute Equality in the Juneteenth story, United States Colored Troops fight for their own freedom and the finger prints of the enslaved people that surround us. Samuel Collins III serves on the Board of Advisors with the National Trust for Historic Preservation, President of the Juneteenth Legacy Project, historian and community activists. The event is open to the public and will take place in the City Hall Common Council Chambers. It will also be broadcast and recorded on Facebook live via Radio Kingston, City of Kingston and Midtown Arts District Facebook pages.