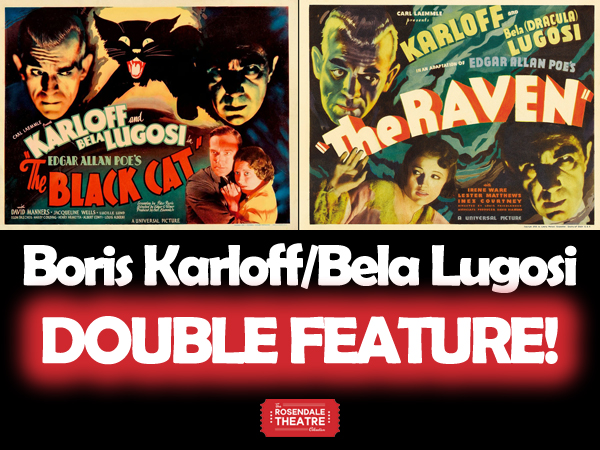 Following the release of “Dracula” and “Frankenstein” in 1931, Bela Lugosi and Boris Karloff reigned as Hollywood’s undisputed Masters of Horror. “The Black Cat” would be the first film to co-star the two horror heavyweights and would become Universal Pictures’ highest grossing film of 1934.

The following year, “The Raven” (1935) would re-unite Boris and Bela in a tale of murderous obsession and mad science that also remains a fan favorite to the present day.

Come see them BOTH on the BIG SCREEN!